The EPTL defines a distributee as “a person entitled to take or share in the propery of a decedent under the statutes governing descent and distribution.” 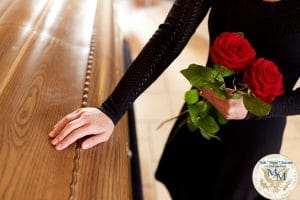 In a case where the negligence of another has caused the death of your loved one, the general rule is that the decedent’s next of kin is entitled to compensation for the economic harm caused by the wrongful death. Obviously, money can’t turn back the clock, but it can make up for some of what your loved one would have provided for you had the accident never happened and it can bring some emotional closure knowing that at least someone was held responsible for what happened. When the case is resolved, the compensation received is then apportioned by the court, according to either (a) the agreement among the distributees or (b) in proportion to the economic harm caused to each distributee. This process is known as a “wrongful death compromise” and is a necessary final step in any claim arising out of a wrongful death.

Landlord's Duty To Prevent Assaults If you were assaulted by a third party in your apartment [...]

Infant Compromise Orders The court system takes a special interest in the well-being and rights of [...]