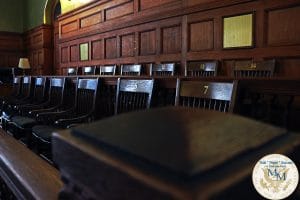 amount of damages sustained may be less than demanded”. In practice, this section is used as a tool by the Supreme Court to clear the court docket of cases that can be tried in a lower court. In New York City, that lower court is the Civil Court; in the surrounding counties, the lower courts are District Courts. When a case is commenced in one of these lower courts, the damages recoverable are capped at $25,000 in the Civil Court and $15,000 in the District Court. However, when a case is commenced in the Supreme Court, as the vast majority of personal injury actions are, the mechanism of Section 325(d) does NOT result in a damages cap and can get your case to a resolution faster than the Supreme Court, as the lower courts tend to have less crowded dockets and the cases transferred there from a higher court are given a preference, meaning you essentially get to “cut the line”. In some counties, like the Bronx, for example, this is tremendously valuable to plaintiffs. Insurance carriers, on behalf of the defendants, are notorious for dragging cases out as long as possible and will use every procedural rule that allows this to their advantage – the principle is simple: paying you $1 six months from now is a far superior financial result for the insurance company than paying you $1 today. Plaintiffs can use the option a 325(d) transfer to counter the feet-dragging and get their case to trial faster.

50-H Hearing After filing and serving a Notice of Claim, the next pre-requisite to filing a [...]

The “duty to see that which is there to be seen”

The "duty to see that which is there to be seen" Though not expressly stated in [...]