Rape is one of the, if not the, most underreported crimes, largely due to the victims’ fear to come forward. Victims are often afraid of not being taken seriously, the extensive and invasive physical examination they would have to endure, being socially ostracized, the failure of the justice system to protect them, being personally degraded, further mental and emotional trauma, and so forth. A mere 16% of rapes are reported to authorities. If you are a victim of rape, know that our attorneys will do our very best to ensure that these fears do not become a reality. We will work around the clock to ensure that you receive the justice and compensation that you deserve, and that your attacker will not attack you or anyone else again.

Types of Rape and Assault

Sexual assault includes any type of sexual activity that you do not give consent to. Bear in mind that consent cannot be given when someone is under the influence of drugs (Rohypnol is a popular date rape drug), alcohol, or any other substance that alters the natural and default state of mind. Types of sexual assault include:

How Does This Happen? 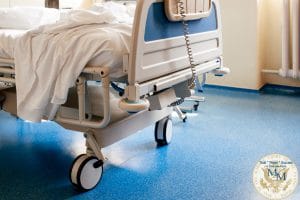 Rape and assault can happen in a variety of different locations and scenarios. Examples include date rape, domestic partner violence, or by a stranger. The possibilities and dangers of rape and assault are heightened when drugs, alcohol, and other substances are involved. Such substances provoke memory loss, decreased resistance, inability to effectively communicate, etc. The use of these substances often make it easier for attackers to carry out their crime.

Victims of rape can be compensated for:

Furthermore, sexual offenses and assault occur because of inadequate security or supervision.  Perpetrators can gain access to the victim due to broken or malfunctioning door locks or windows, especially in apartment buildings.  The building owner here would bear responsibility in addition to the perpetrator.  In other certain scenarios, lack of supervision of people congregated in environments may lead to liability in the event of a sexual assault.  Improper hiring of a known perpetrator by an employer may also lead to liability if a sexual assault occurs.  Michael Manoussos & Co PLLC is sensitive to the trauma of sexually assaulted victims and ensures that justice is done.