The law recognizes that when a police officer is responding to an emergency, the officer cannot be expected to obey all of the traffic laws in 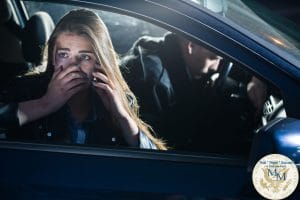 the way that a normal driver would under normal conditions.  Hence, the Vehicle and Traffic Law specifically permits police officers to disregard a number of traffic laws, including stop signs, red lights, speed limits, turning lanes, and one-way streets.  There are limits, however.  The officer must be responding to an emergency, must be operating an authorized vehicle, and must be using his or her emergency equipment (such as lights and sirens).  And even if the officer can prove all of those exceptions, he or she is still held to a standard of “reckless disregard” in the operation of the vehicle.  This means that an officer responding to an emergency may still be held legally responsible for causing an accident if he or she “intentionally committed an act of an unreasonable character in disregard of a known or obvious risk that was so great as to make it highly probable that harm would follow”.  Whether the officer’s operation of his or her vehicle is “reckless” differs from case to case.  For example, a high rate of speed in a rural area is not nearly as “reckless” as a high rate of speed in an urban area.  The nature of the emergency is also relevant.  For example, a high speed pursuit of a driver suspected of driving with a suspended license is more likely to be considered “reckless” than a high speed pursuit of a driver fleeing the scene of a violent crime.

Gap In Treatment In motor vehicles, where only a "serious injury" can sustain a lawsuit for [...]

Pedestrian knockdown defenses I'm consistently amazed at how many drivers will claim "she ran into the [...]