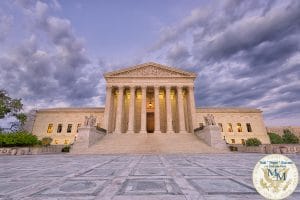 NEW YORK’S HIGHEST COURT DEFINES THE BURDEN OF PROOF BETWEEN THE PARTIES REGARDING A LATE NOTICE OF CLAIM FILING (RESOLVING THE SPLIT OF AUTHORITY AMONG THE JUDICIAL DEPARTMENTS).

The Court of Appeals of New York State in Matter of Newcomb v Middle Country Central School District, 28 NY3d 455 (Dec. 22, 2016) clarified the respective burdens of the parties in demonstrating substantial prejudice (or lack thereof) suffered by a public corporation as a result of a prospective plaintiff’s filing of a late notice of claim.

The Opinion of The Court of Appeals:

The issue in this appeal is whether the lower courts abused their discretion in [*2]denying petitioner’s motion for leave to serve a late notice of claim [FN1]. We conclude that it is an abuse of discretion as a matter of law when, as here, a court determines, in the absence of any record evidence to support such determination, that a respondent will be substantially prejudiced in its defense by a late notice of claim. Here, the lower courts also improperly placed the burden of proving substantial prejudice solely on petitioner. We therefore reverse.

Turning to the specific facts of this case, on March 23, 2013, petitioner’s son, who [*3]was 16 at the time, was hit by a car while attempting to cross an intersection and sustained what Supreme Court described as “devastating injuries.” The driver fled the scene but was subsequently arrested. Within days, petitioner reported details of the accident, including the location and the nature of his son’s injuries, to his son’s high school, which is located within respondent Middle Country School District (the School District). Less than one month later, petitioner’s counsel asked the police for the accident file, but the police told him that the record could not be supplied until the police investigation of the hit-and-run driver was closed. Unable to obtain the police file, petitioner had his own investigator photograph the accident site within 90 days of the accident. Petitioner timely served notices of claim on the State, town, and county.

In late November 2013, five months after the 90-day statutory period for serving a notice of claim had expired, petitioner served a notice of claim on the School District by certified mail. The notice alleged that the School District’s sign “obstruct[ed] the view of the corner and pedestrians thereupon,” “creat[ed] a distraction for drivers,” “obstruct[ed] the view of drivers upon the roadway,” and “creat[ed] a dangerous and hazardous condition.” Petitioner simultaneously filed an order to show cause for leave to serve a late notice of claim pursuant to General Municipal Law § 50-e (5) or to deem the notice timely served nunc pro tunc.

In the submissions accompanying his order to show cause, petitioner argued, as he does before this Court, that the School District had actual knowledge of the essential facts constituting petitioner’s claim within a reasonable time after the accident both because petitioner reported the details of the accident, including its location, to his son’s high school within days of its occurrence, and because the School District or its agents removed the sign from the accident scene within the 90-day statutory period. Petitioner further argued that he had a reasonable excuse for the late notice due to the delay caused by the ongoing criminal investigation into the hit-and-run driver which, despite petitioner and his counsel’s diligent efforts, prevented them from obtaining legible photographs of the accident scene for nearly five months after expiration [*4]of the statutory period.

The School District’s opposition consisted solely of an affirmation of counsel. The School District argued that it did not have actual knowledge of the essential facts because notice of the accident failed to connect the accident to the sign and the police accident report made no mention of the sign. The School District did not rebut petitioner’s showing of lack of substantial prejudice other than to argue that petitioner bore the burden of establishing such lack of prejudice and had failed to do so. Additionally, the School District argued that, when a notice of claim is not served within 90 days or a reasonable time thereafter, the court should infer that the passage of time has created substantial prejudice due to fading witness memories.

Supreme Court, in determining whether petitioner should be permitted to serve the late notice of claim, considered four of the factors specified in General Municipal Law § 50-e (5): whether there was (1) a nexus between petitioner’s son’s infancy and the delay in service, (2) a reasonable excuse for the delay, (3) actual knowledge on the part of the School District of the essential facts constituting the claim within the 90-day statutory period or within a reasonable time thereafter, and (4) substantial prejudice to the School District due to the delay. Regarding factors one and two, Supreme Court concluded that there was no nexus between petitioner’s son’s infancy and the delay, but that the delay was justified due to “the severity and continuing nature of [petitioner’s son’s] injuries” as well as petitioner’s inability to obtain photographs of the scene due to the police investigation. As to the third factor, Supreme Court concluded that the School District did not have actual knowledge of the essential facts within the statutory period or within a reasonable time thereafter because the School District had no actual notice that the sign may [*5]have contributed to the accident, and the police report did not mention the sign.

The Appellate Division affirmed, referencing the same four factors discussed by Supreme Court. As relevant here, the court concluded that petitioner failed to establish that the School District had actual knowledge within 90 days or a reasonable time thereafter that petitioner would contend that the placement of the sign was connected to the accident (128 AD3d 701, 702 [2d Dept 2015]). The court further concluded that petitioner had failed to demonstrate that the late notice “would not substantially prejudice the School District’s ability to defend against the claim” (id. at 703). Accordingly, the Appellate Division held that Supreme Court had not abused its discretion in denying the motion and dismissing the proceeding (id.).

As we have previously observed, a court’s decision to grant or deny a motion to serve a late notice of claim is “purely a discretionary one” (Cohen v Pearl Riv. Union Free School Dist., 51 NY2d 256, 265 [1980]; see Wally G. v New York City Health & Hosps. Corp. [Metro Hosp.], 27 NY3d 672, 675 [2016]). The lower courts have broad discretion to evaluate the factors set forth in General Municipal Law § 50-e (5). At the same time, a lower court’s determinations must be supported by record evidence (see Plummer v New York City Health & Hosps. Corp., 98 NY2d 263, 268 [2002] [reversing Appellate Division where record evidence did not support conclusion reached]; see also Wally G., 27 NY3d at 677 [medical records will not establish actual knowledge unless records “evince” that medical provider inflicted injury]; [*6]Williams, 6 NY3d at 537 [same]). Here, there was support in the record for the lower courts’ determinations regarding factors one through three — that there was no nexus between petitioner’s sons’s infancy and the delay, that there was a reasonable excuse for the delay, and that the School District did not have actual knowledge of the essential facts constituting the claim within the 90-day statutory period or a reasonable time thereafter.

While this Court has previously instructed that lack of actual knowledge and lengthy delays are “important factor[s] in determining whether the defendant is substantially prejudiced” (Williams, 6 NY3d at 539), mere inferences cannot support a finding of substantial prejudice where, as here, there is no record evidence to support them. We hold that a finding that a public corporation is substantially prejudiced by a late notice of claim cannot be based solely on speculation and inference; rather, a determination of substantial prejudice must be based on evidence in the record.

In another context, we have held that “the mere passage of time normally will not constitute substantial prejudice in the absence of some showing of actual injury” (Matter of Sarkisian Bros. v State Div. of Human Rights, 48 NY2d 816, 818 [1979]; cf. Leader v Maroney, Ponzini & Spencer, 97 NY2d 95, 107 [2001] [lengthy delays that extend after statute of limitations has expired can lead a court to infer prejudice]). Although changes in personnel and the fading memories of witnesses may, in fact, be “prejudicial,” a court must consider whether record evidence indicates that substantial prejudice does in fact exist. Providing proof of substantial prejudice on the record is qualitatively and quantitatively different from a mere inference of prejudice. Generic arguments and inferences will not establish “substantial prejudice” in the absence of facts in the record to support such a finding.

There is a split in Appellate Division authority regarding which party has the burden of proof to demonstrate that a late notice of claim substantially prejudices the public corporation. While there are decisions in all four departments that place the burden on the [*7]petitioner to show a lack of substantial prejudice,[FN5] there are also decisions in all four departments that either place the burden on the public corporation or shift the burden to the corporation after the petitioner has made an initial showing of a lack of prejudice.[FN6]

We hold that the burden initially rests on the petitioner to show that the late notice will not substantially prejudice the public corporation. Such a showing need not be extensive, but the petitioner must present some evidence or plausible argument that supports a finding of no substantial prejudice.

Here, for example, the petitioner argued, among other things, that the photographs from the police file, which documented the size and placement of the sign, would permit the School District to reconstruct the conditions on the date of the incident. Once this initial showing has been made, the public corporation must respond with a particularized evidentiary showing that the corporation will be substantially prejudiced if the late notice is allowed. Here, the lower courts applied the incorrect legal standard by placing the burden solely on petitioner to establish lack of substantial prejudice and by failing to consider whether petitioner’s initial showing shifted the burden to the School District. Moreover, even if the lower courts had applied the proper standard, speculation and inference do not satisfy the requirement of a particularized showing of substantial prejudice by the School District.

Insect Infestation in Dwelling In a city this large and crowded, it is inevitable that we [...]

NEW YORK’S HIGHEST COURT DEFINES THE BURDEN OF PROOF BETWEEN THE PARTIES REGARDING A LATE NOTICE OF CLAIM FILING (RESOLVING THE SPLIT OF AUTHORITY AMONG THE JUDICIAL DEPARTMENTS).

NEW YORK’S HIGHEST COURT DEFINES THE BURDEN OF PROOF BETWEEN THE PARTIES REGARDING A LATE NOTICE [...]